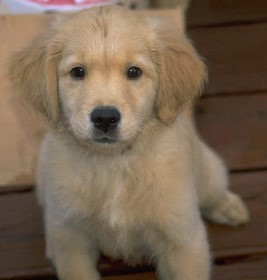 When shopping for a puppy that will be kid-friendly and good for your family, you want to look for the following traits:

Bring the puppy to a separate room, away from all the chaos of the kennel and other puppies. Place him on the ground, then move away. Does he investigate his new surroundings? Hide in a corner? Or does he go straight to you? The best puppies are those that show an interest in you first, and then are eager to explore their environment.

Puppy trait #2: How to pick a friendly puppy

If you crouch down and clap your hands, does the dog come to you? If they come with their tail up and wagging (which indicates friendliness) that’s a good sign. If they come to you but bite or wrestle with your hands, it’s a sign of dominance, and this feisty puppy may not be the best pet for your kids.

Can you gently roll him on his back without a struggle? For dogs, lying on their backs with their belly exposed is a submissive gesture. A puppy who bites or resists is displaying signs of dominance.

Check how the puppy responds to touch. Slowly, gently stroke the length of the dog’s back 3 times. If he leans in toward you, that’s a good sign. If he subtly pulls away, you may have a more timid puppy. Also pick him up in one hand. You want a dog that cuddles; if the puppy struggles, bites or fights, he may not be the best choice.

Puppy trait #5: How to choose an obedient puppy

Sit down and spend at least 20 full seconds patting the puppy and talking to him. If he seems none too thrilled by you and doesn’t stick around, you’ve got yourself a more independent youngster who might be harder to train.

Puppy trait #6: How to find a playful puppy

Wad up a piece of paper and then toss it on the floor in front of the dog to see what happens. Does he pounce on it? Fetch it? If he does, it’s a good sign he’s a dog that is going to be social, playful, and will want to work with you.

Remember, these are not all or nothing tests. Puppy behavior can be highly variable, and few puppies will pass every single test with flying colors. As a whole, however, they will help you test the general personality of a puppy, so that you can determine which dog will be best for your family.