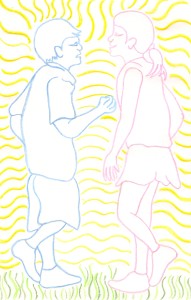 One problem in confronting bullying is that state and school officials often have vague definitions of precisely what bullying is, if they have any definition at all. This is because defining what is or isn’t bullying is not always an easy task. Though every child who is the target of bullying knows it when they experience it, it’s not always easy for adults to discern victim from perpetrator amidst the chaos of school politics. Even if they identify it, determining free speech from harassment or school-yard tiffs from targeted victimization so that you can address it is even more difficult.

A basic definition of bullying

Bullying is generally defined as the act of willfully causing harm to others through the use of verbal harassment (taunting, teasing or name-calling), physical assault (hitting, kicking, and biting), or social exclusion (intentionally rejecting a child from a group or peer circle). For a more official definition of bullying as it is widely agreed upon in the academic literature, Nansel et al. (2001, p. 2094) define it as the following: “Bullying is a specific type of aggression in which (1) The behavior is intended to harm or disturb, (2) the behavior occurs repeatedly over time, and (3) there is an imbalance of power, with a more powerful person or group attacking a less powerful one. This asymmetry of power may be physical or psychological, and the aggressive behavior may be verbal (e.g., name-calling, threats), physical (eg, hitting), or psychological (eg, rumors, shunning/exclusion).” Daniel Olweus, professor of psychology at the University of Bergenand the leading pioneer in bullying research,defines bullying with a simple sentence: “(Bullying is) exposing a person repeatedly, and over time, to negative actions on the part of one or more students.” (Seale, 2004, p. 6)

The Official Definition of Bullying

The U.S. Department of Health defines bullying as “unwanted, aggressive behavior among school-age children that involves a real or perceived power imbalance. The behavior is repeated, or has the potential to be repeated, over time.”

Definitions of bullying according to state law

State laws often have no clear definition of bullying, when a definition exists at all. Few states have undertaken the chore of creating separate statutes for bullying, and those that do face free-speech hurdles and a logistical nightmare that usually only muddles the situation further.

However, many types of bullying would fall under other state statutes, such as assault, disturbing the piece, harassment or stalking, false imprisonment, etc. So there is little accomplished in creating separate laws for bullying. These other laws are already applied in situations that are much more vague than most serious cases of bullying. So it’s not a matter of defining bullying by state law, but merely enforcing current laws when bullying crosses the line or becomes habitually persistent.

Some problems with the definition of bullying

When does free speech transform into harassment? Does taunting someone qualify as bullying, or must it be physical? At what point do school yard disputes transform into bullying? Is it bullying if both parties have done things the other considered mean? These are just some of the questions that confound any attempt to try and define bullying according to neat and simple terms.

As Allison Seale points out, “Just as different researchers and groups define bullying in different ways, sometimes the definition of bullying will vary between schools in the same district and even between classrooms in the same school.” (Seale, 2004, p. 6) Because bullying is a multi-faceted issue that can vary so much case by case, it will always evade attempts to try and define it by neat and simple terms.