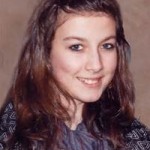 Phoebe Prince was 15-years-old when she became another senseless tragedy in the long history of bullycide victims. Her problems began when she emigrated from her native country of Ireland about a year before her death, and then had the unfortunate luck of catching the eye of a popular boy, whom she briefly dated. This apparently drew the ire and resentment of some of the other girls, who started bullying her relentlessly thereafter.

Being an immigrant to the U.S., she no doubt stood out from her peers. She had also been bullied in Ireland, and her mother (a teacher herself) had taken the initiative to inform the school ahead of time, letting them know about this bullying history and that she was very vulnerable to its effects. She went so far as to ask them to keep an eye out for this, since Phoebe would likely internalize its effects rather than talk out about it.

Much was made of the cyber bullying phoebe experienced, but Phoebe’s mother says that in reality, cyberbullying was only a small fraction of what phoebe went through, and most of that occurred after her death. What she did experience was relentless bullying at and on her way to and from school. There was some physical bullying, but most of it was emotional: Calling phoebe names, spreading rumors about her, humiliating her, using peer exclusion, writing swear words or racial slurs next to her name in the library, and so forth.

One of the bullies shortly before her death was overheard saying, “Why doesn’t someone just convince her (Phoebe) to kill herself?” In one of her final text messages, Phoebe ominously wrote about the hurt she felt over the fact that her former boyfriend seemed to be overtly supporting what was taking place: “I think Shawn condoning this is one of the final nails in the coffin…it would be much easier if he or one of them would just hand me a noose.”

In addition to talking with school staff during enrollment, Phoebe’s mother twice complained to school staffers, but to no avail. On a Thursday, Phoebe was hounded by her bullies in the library, the cafeteria, and the hallways. Walking home from school that day, she had a can of Red Bull thrown at her from the window of a passing car. Unable to take any more, she went home and hung herself with the scarf she’d been given for Christmas. Phoebe’s little sister was the one who found her body hanging in a stairwell. In one last sad twist of fate – ad a testament to the power of bullying to destroy a youth’s outlook on life – her mother had booked her a flight to return to Ireland to take a break from the abuse. All she had to do was hold out another two weeks, but the bullying was just too destructive. Convinced her life was worthless; she decided to end it instead.

What made this case especially unsettling was the non-chalet attitude that Phoebe Prince’s bullies took about her death. Not only did they not seem the least bit concerned with the possibility that they had driven this girl to suicide, but they actually continued the taunting postmortem. After her death, some of Phoebe’s former classmates set up a memorial Internet site for her. It was defaced with insults and slurs by Phoebe’s bullies, who were intent on continuing to deface her name even after death. Rebecca Brouillard, another student who dared to talk on camera about Phoebe’s bullying, was roughed up afterward by one of Phoebe’s bullies. (Hampson, 2010; Wiseman, 2010)

Charges were pressed against several of Phoebe’s bullies, including a statutory rape charge against her ex-boyfriend, but all would wind up receiving community service and a slap on the wrist. Three of the teens received probation and community service, 2 others faced only probation. (Heller, 2011) Of course, the greater price they’ll have to pay is that which their conscience extols. For the rest of their lives, they’ll have to live with the knowledge that they are murderers by proxy.

In a television interview later on, one of Phoebe’s bullies would rather narcissistically complain about the taunting she was experiencing at a new school on account of the publicity over her role in the bullying of Phoebe Prince. With tearful eyes she talked about how she just wanted the other kids to leave her alone. A bit of poetic justice, some might say. But before we get too carried away in schadenfreude, we should remember that for as callous and monstrous as Phoebe’s bullies may have appeared, they are still just kids who were engaging in behavior that millions of other youth engage in, and doing things that as a society we inadvertently promote. So it should give us no satisfaction to see them destroyed, too. It’s only sad that this girl couldn’t empathize with such pain beforehand. If she and Phoebe’s other tormentors had understood the immense and unjustifiable injury that relentless bullying will bring, this whole tragedy would have been avoided in the first place.