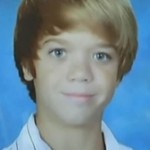 Jon Carmichael was 13-years-old when he killed himself to escape the relentless bullying he experienced at school. His problems with bullies had started very early in life, around the third or fourth grade.

Tami Carmichael, Jon’s mother, describes some of the torment her son experienced at school: “He was pushed to the ground on an almost daily basis. They’d throw him in the school’s dumpster a couple times a week, and they stuck him head-down in a toilet and started flushing. One day they stripped him naked, tied him up, and stuck him in a trash can, and they taped it with their cell phones and put it all on YouTube.” (Hollandsworth, 2011, p. 76) That happened about a day or two before he killed himself.

When interviewed about Jon’s death after the fact, a classmate admitted he bullied Jon but says he wasn’t alone: “It was most of the school who messed with Jon.” In a statement that offers testament as to how clueless bullies can be about the consequences of their actions, he adds that he actually considered Jon a friend: “I never did it because I hated him. …The things I have done to him, I just wish I could take it back.” (Hampton, 2010)

Sadly, Tami Carmichael reports that things aren’t getting much better. “I thought some of the grief would go away, but it’s only gotten worse. We’ve never received a phone call from anyone at Jon’s school, we’ve never gotten a visit, and we’ve definitely gotten no apology. Every time I go into town and see one of Jon’s teachers or coaches, they turn their heads. I heard they have been told not to talk to me because of the lawsuit. It’s like they’re trying to pretend that we don’t exist anymore.” Hollandsworth, 2011, p. 81)