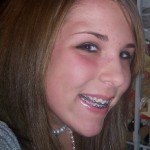 The tragic death of 13-year-old Megan Meier is the case that really woke up the public’s awareness to the issue of cyberbullying. Megan was just 13-years-old when she hung herself in her closet after a brutal online exchange with somebody she thought she was in love with.

It started when a former friend of Megan’s created a fake profile for a boy named “Josh” and began to contact Megan. Over the course of many weeks they chatted online and got to know each other, to the point that Megan came to believe she was in love with this boy. With Megan on the hook, it was time to spring the trap. So in October of 2006, seemingly out of the blue, “Josh” turned on Megan and emotionally assaulted her, talking about how horrible she was, that he had never actually liked her, and how the world would be so much better off without her. Megan, it appears, took this advice to heart.

What made this case even more unique was the revelation that Lori Drew, the 49-year-old mother of the other girl, apparently participated in this cyberbullying and actively helped her daughter carry on the ruse. She was eventually indicted by a federal grand jury on a charge of conspiracy and three counts of a computer crime and accessing protected computers without authorization to obtain information used to inflict emotional distress. (Welch, 2008)

“It’s clearly a tragic case,” said U.S. attorney Thomas O’Brien. “We think Ms. Drew’s actions resulted in the death of a child. …Any adult who uses the Internet or a social gathering website to bully or harass another person, particularly a young teenage girl, needs to realize that their actions can have serious consequences.” (ibid) The case would eventually be resolved without Ms. Drew doing any significant jail time, an outcome that infuriated many anti-bullying advocates. (We feel it was probably the proper one – as atrocious as this mother’s actions may seem in hindsight, I doubt either she nor her daughter ever dreamed that their actions might bring such severe consequences. Destroying two more lives out of vengeance wouldn’t have done a thing to make the world a better place. Like all perpetrators of bullying, they’ll have to reconcile with their conscience sooner or later.)

We do hope that this case illustrates just how easily a prank can go wrong, and that it also serves as an example of how bullying may not seem like bullying at the time, even to adults. The parties involved were former friends who had fallen out of favor with one another. There were hurt feelings all around. The child and adult on the other end of the computer believed they were merely ‘getting back’ at Megan for some perceived injustice she had directed towards the woman’s daughter. Therein lies the trickiness of bullying behavior: it frequently seems justified at the time.