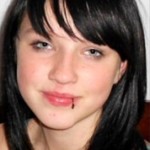 The Phoebe Prince case made national headlines, taking on a life of its own. But Phoebe’s tragic story is not unique. It’s a script that has been played out several times before and after her death in the lives of other kids, with strikingly similar story plots and scenarios.

On December 27, 2011, a l5-year-old high school sophomore, Amanda Cummings, walked out onto the main boulevard in her Staten Island neighborhood. According to witnesses, she threw herself into the path of an oncoming bus. She would die from her injuries 6 days later. Police say she carried a suicide note in her pocket, and as friends, family and authorities started unraveling the pieces, an eerily similar story began to emerge.

Describing what Amanda had experienced, journalist Bruce Kluger writes that “she had been bullied relentlessly at her school, mostly by other girls. She had suffered a failed romance that brought her into conflict with a female classmate. She had reportedly sunken into a fog of drugs and alcohol. And most sickeningly, even as she lay dying in the hospital, the bullying continued on her Facebook page.” (Kluger, 2012)

Talk about a serious case of Déjàvu. Another town, different kids, the exact same type of behavior. Taken together, these two cases illustrate that even something so heinous as continuing to berate a dead student after your bullying has driven her to suicide is not something relegated to the domain of a few select psychopaths. This type of shocking cruelty comes naturally whenever the bullying mentality takes hold. Once someone has been singled out as an “other” and effectively demonized by the group targeting them (see chapter 7), empathy ceases to exist, and there is no degree of cruelty that can’t be readily justified in the minds of the attackers.